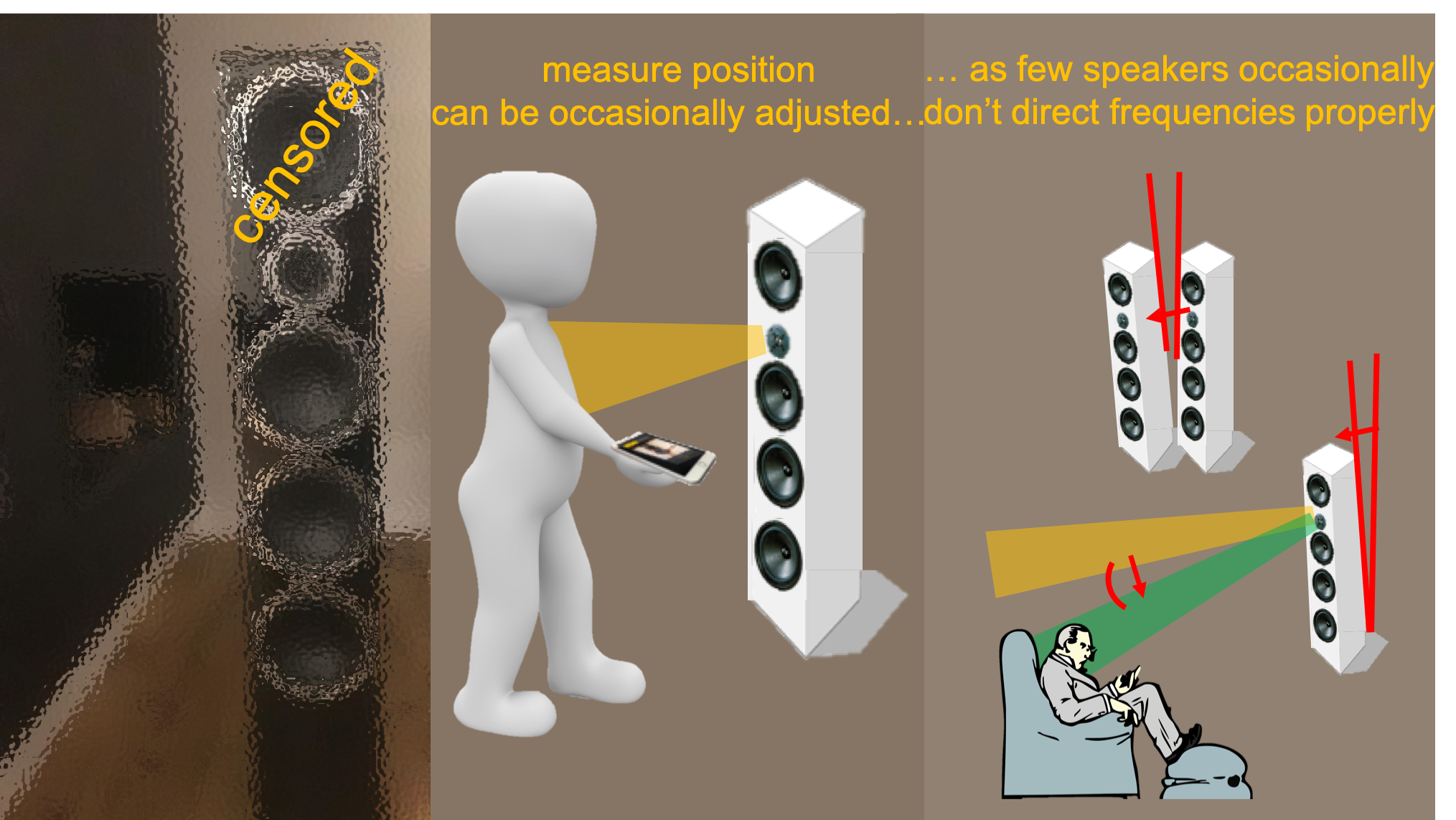 Just recently a TestHiFi user has contacted us, after he observed some variance in ratings. Various tests of the same audio system using two iPhones presented these different ratings. However, since TestHiFi delivers pretty stable results, he wanted to understand where the variance comes from.

Our user tested his new pair of tall floorstanding speakers that he just got as a birthday present. After setting them up, he believed to enjoy the much better sound. The former floorstanding speakers were rather old and most probably damaged. Missing upper frequencies, supposedly caused by a damage, led to a red TestHiFi result. Now, his expectation for the new speakers was clearly a green TestHiFi result. But, the first TestHiFi results showed amber. Repeated TestHiFi tests continued to result in amber. Using the iPhone of his wife for more tests, he got several green as well as amber results. Although our user felt some relieve to see the green results, the many amber ratings still made him feel uncomfortable.

Understanding what has happened

So, what has happened? Why are some results amber and few others green?

TestHiFi delivers results as stable as possible. As for all measurements, how, and in which environment the measurement is performed, influences the result. Clear thresholds define the borders between TestHiFi’s red, amber and green ratings. By nature, measurement results close to those borders can sometimes toggle between two ratings. Measurements are not taken identically, as one holds his hand a little higher or lower during the measurement. iPhones have differing microphone sensitivities, thus they measure slightly different, relative to those defined thresholds.

However, also in this particular case, TestHiFi delivered quite stable results. The user shared all test results via “send us feedback” in the “information” menu. We analyzed the data and found no big variation between the test results. The frequency range measurement led to amber results. As the user already saw within the second in-app-purchase, the dB levels around 2400Hz were quite low, resulting in the amber rating.

We asked the user for a few more specific tests

Having seen the picture of the speaker, we asked the user to perform some tests with holding the hand a little higher. Holding the iPhone a bit higher during measurements led to slightly better, green results.

What does this mean for the user’s listening at his couch?

Many high-end speakers, especially if they are tall, have curved cabinets to direct the higher frequencies slightly downwards. This allows optimal listening in the seated position, i.e. on a couch. However, the new birthday present does not have a curved cabinet to direct the higher frequencies downwards. The user put little shims underneath the stands at the back of the speaker to tilt the speaker slightly towards the front. This resulted in an improved sound quality at the user’s usual listening position.

TestHiFi helps not just to identify the HiFi capability of your audio system, it also helps to improve your listening experience.

How you simply test with TestHiFi