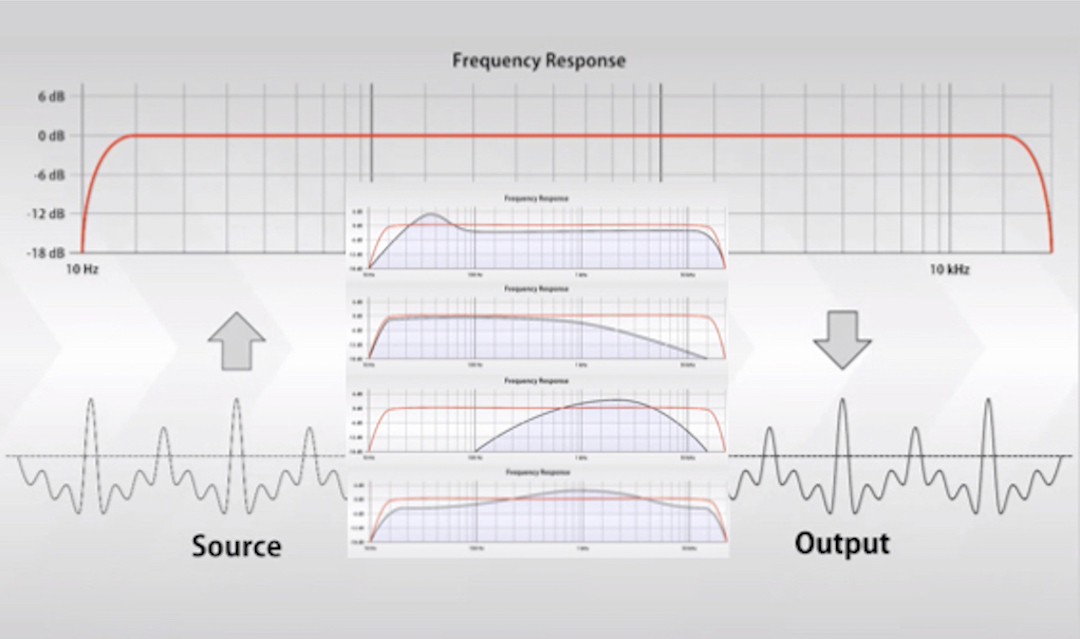 Frequency response is a way to describe the output of a speaker system. Talking about speaker systems we can look at it as a whole or as individual components. With components reaching across the whole system. They start with the source of the music, continue with converters, amplifiers until the final sound producing speaker. Frequency response of the whole system describes the output of a recorded piece of music by that system.

If the speaker system by itself accelerates some tones and attenuates others, you would not receive a flat response. This obviously misrepresents the musician’s original intent.

If the frequency response of a speaker system is not flat, the music you are listening to could have some significant sound manipulation, all of which have not been intended by the musician.

Examples of experiences from a not flat frequency response:

There are of course many other influences to the sound you experience. The listening environment, the room acoustics, stereo influences, time coherent alignment of all speakers, distortions and many others.

This does not  mean at all, not to adjust the tonal balance to our preferences. If we like more basshead, we either choose a respective system or a system including adjustment options like an equalizer. However, a system with a frequency response as flat as possible, is capable of playing back the musician’s intent.

Full video: What is flat response?

Which audio measurements are for whom?