The differences in time between left and right channel rather indicate system setup incapabilities, than room acoustic effects.

Stereo sound attempts to create an illusion of location for various sound sources (voices, instruments, etc.). Each of our ears hears the sound of a stereo recording from both speakers, of course.

Stereo sound provides the ability to localize each instruments position in space. Only carefully installed system with appropreate distance between the channels and the listerner allow for hearing a virtual sound stage. Such systems take into account speakers placement and room acoustics. All-in-one boombox units and the like many playback systems, are incapable of recreating a realistic stereo image. 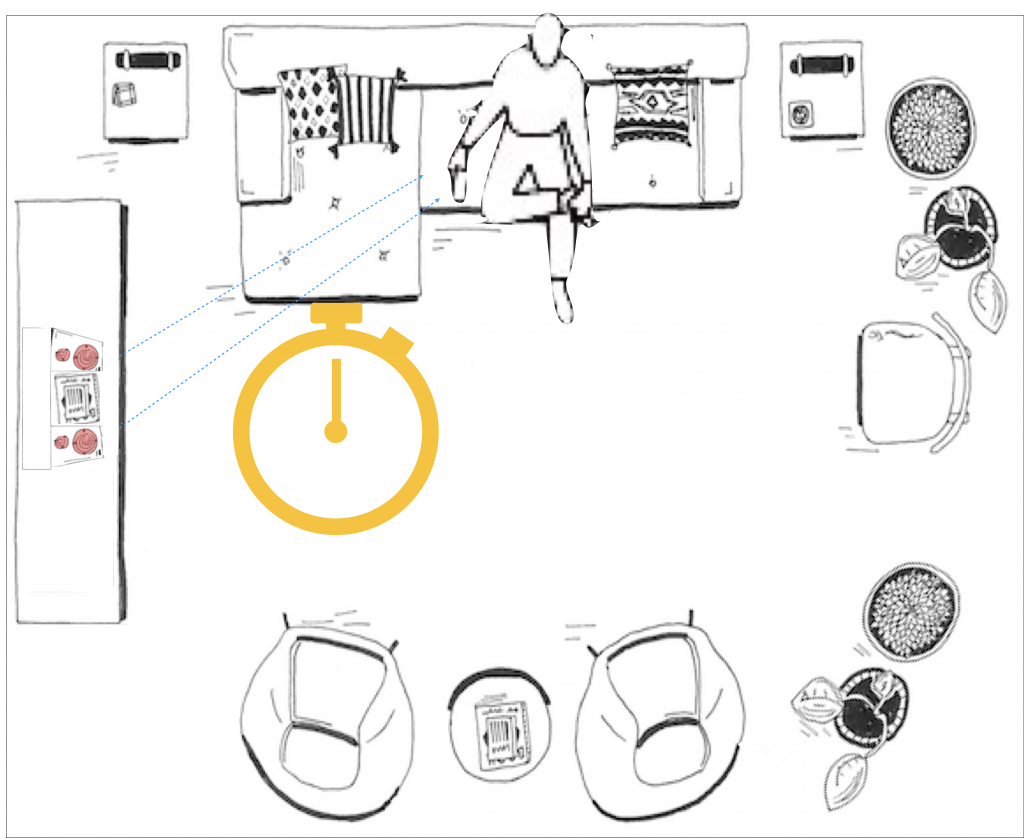 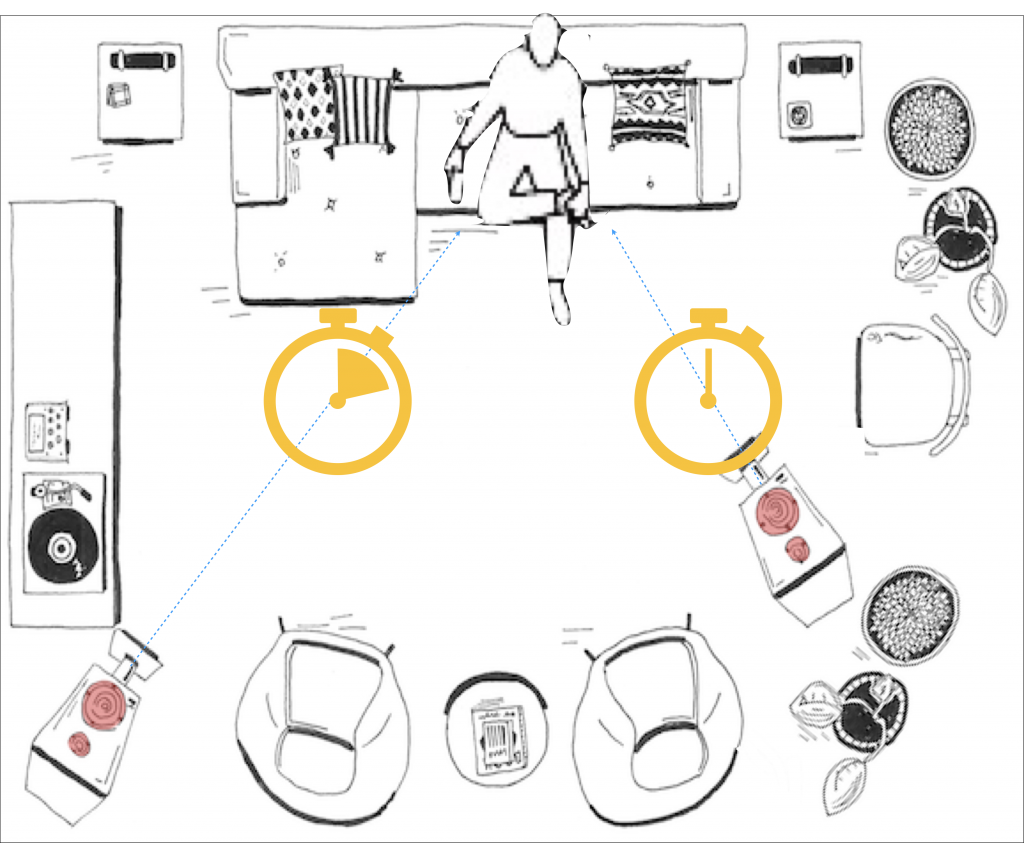 Select a sound system with a left and right speaker system, that allows for individual positioning in the listening room.

Out Of Phase Stereo (OOPS) is an audio technique which manipulates the phase of a stereo audio track, to isolate or remove certain components of the stereo mix. It works on the principle of phase cancellation. Two identical, inverted waveforms will “cancel the other out“. OOPS effects can occur with speakers and amplifiers wrongly connected.

A setup using a equilateral triangle is most helpful method to prevent such effects. 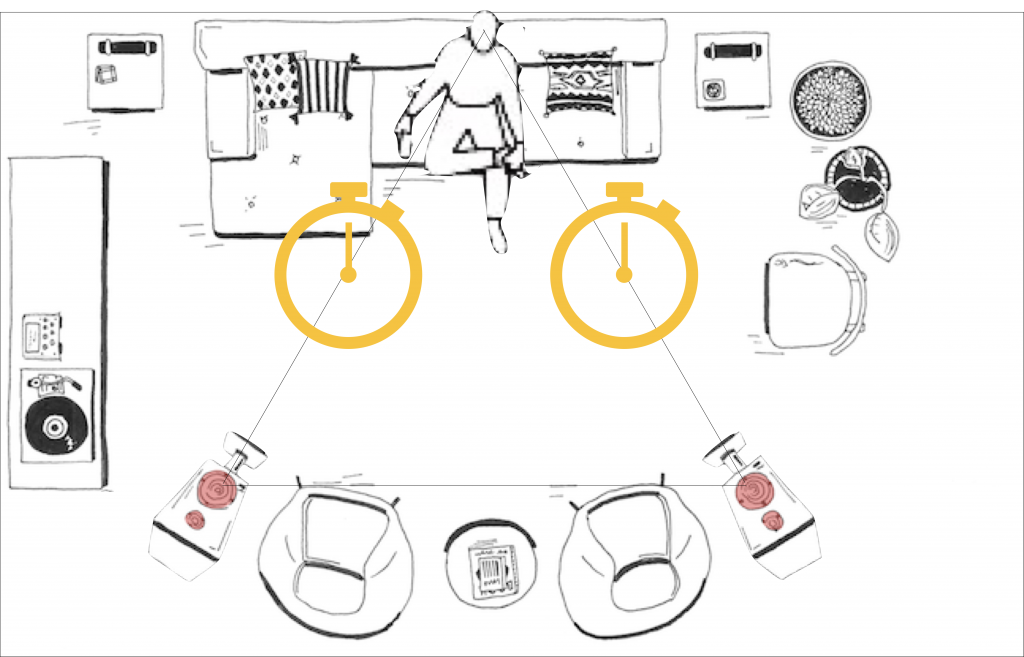 The best solution to enjoy stereo reproduction is the equilateral triangle with both speakers at appropriate, similar, hight from the floor.