Critical systems would not reproduce recorded information similar on left or right channel. Sound on one channel might be reproduced incompletely while it might be reproduced on the other channel with with distracting discoloration, certain sounds appearing too warm, thin or bright or over accentuated /rough.

The graphic shows the three position average measured amplitudes across the frequency band. The dotted line indicates the measured average amplitude across the band, with a listening position relevant adjustment. This dotted line provides orientation for an optimized frequency response at listening position. The amber and red lines indicate rating thresholds. Measured amplitudes crossing those thresholds cause respective ratings.

The table lists the 5 measured frequency range amplitudes with biggest difference between the left and right channel, with their difference in decibel. 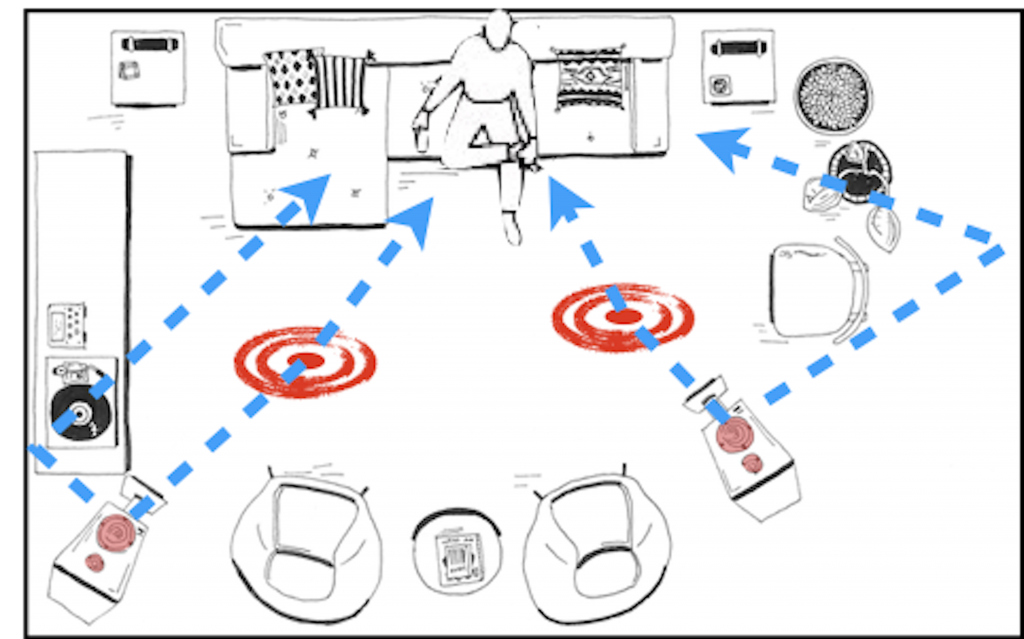 Speaker directivity, distance and the reflection from any material surrounding the speakers influence the sound we hear at our listening position.

Those effects are probably less obvious to hear, as we mostly listen to stereo recorded music and as such the music is different between the channels. However a cello or a bass might sound different if it is positioned left or right on the sound stage, i.e. reproduced through the left or right channel.

The setup of the audio system within a room and the room condition might influence the channels to a huge degree different. This can result in a variety of drops and peaks in the frequency response of each channel at listening position. At the same time, the audio system itself, same on left and right channel, might deliver some drops and peaks. Room influences and system induced influences might combine to positive ore negative impacts. This makes it a quite cumbersome issue to fix, respectively to optimize as fare as possible or reasonable.

As mentioned before, effects might be that a cello or a bass sound different when positioned left or right on the sound stage, i.e. reproduced through the left or right channel.

Differences might be that one speaker, positioned closer into a corner, might sound more bass heavy. while a second speaker positioned at a distance that creates floor reflections causing severe drops in bass due to comb filtering. This would result in one channel being bass heavy and the other delivering far less bass sound, – unbalanced bass. Although bass sounds are less locatable, bass coming almost from one side only, is easily recognizable, it would result in significant less bass sound overall and such unbalanced sound is perceived subjectively quite unpleased.

Similar can happen with mid or upper frequencies. One side appears to be louder, more shrill or maybe more mid frequency heavy.

As described in the criteria stereo capability, two channels are important to replay stereo sound.

Descriptions of stereophonic sound tend to stress the ability to localize the position of each instrument in space, but this would only be true with an audio system and setup being capable to replay stereo information. With one channel being significant different to the other channel, the stereo sound stage effect might be compromised. That could result in reduced ability to recognize sound stage effects. Depending on which frequency areas appear louder through which channel, instruments or vocals might appear to be positioned wrongly.

This criterion is rather of less importance when buying an audio system. The decision to buy a stereo system in combination with the room influence will more likely drive the requirement for some acoustical room treatment than to choose a different system. However the minimum prerequisite for a good reproduced sound stage experience is a stereo system with sufficient space between the left and right channel.

The vinyl factory provides some simple explanation for speaker setup as a starting point. When analyzing the correlation between the left and right channel, many options for optimizing can experimented with to optimize the correlation as well as the stereo frequency response. 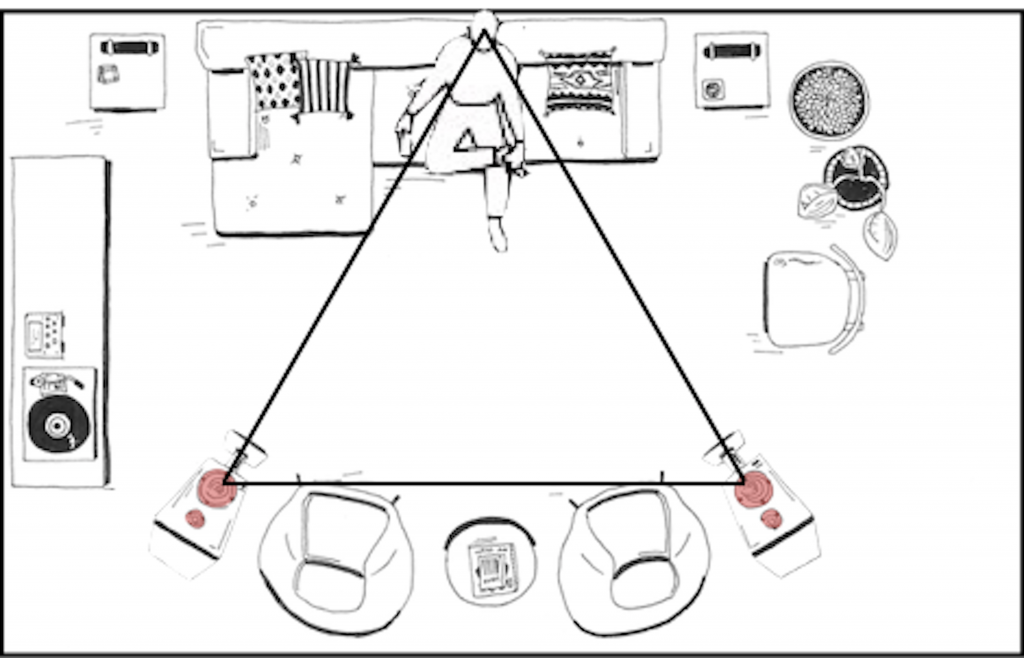 As described in the stereo capability criterion, the equilateral triangle is a base orientation for the speaker setup. Speaker direction and distance to listening position are important factors too. Floor reflections and all other reflections are very influencing the sound experience. Absorption materials can help to reduce most significant drops or peaks. While all of those criteria tend to be opposed to the typically or mainstream expected cosy design for a living room.

And a rather obvious and simple measure, stay at the sweet-spot while listening (the listeners angle of the equilateral triangle).