TestHiFi measures in three positions average, to limit room influences. It measures standard industry criteria. The measurement data shows you detailed identified weaknesses of the tested system, if any.

Harmonics are whole-number multiples of a sound’s fundamental frequency that psychoacoustically excite the overall timbre, adding depth, color, presence, character or warmth to a sound. Any sound which is more complex than a simple sine wave has inherent harmonic content above its fundamental pitch. This makes the timbral distinction between the sound of instruments. A violin sounds different versus a flute, piano, or guitar also when all playing the same note. 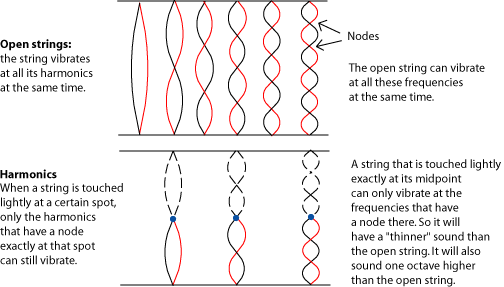 These same additive principals are at play when passing audio through analog equipment. Their components also add artifacts to the signal, altering and adding to the original sound. Physical limitations of the electrical components create these distortions, which together change the source sound.

Some components like vacuum tubes and transformers distort the sound in a musical way when well-designed. Meaning they are not much disturbing the listening experience. Bad designed digital equipment may add lots of distortion to the output signal, which is perceived as disturbing. Making the music sound less transparent, overly warm or very harsh. The degree to which we drive the limitations of these components determines how prevalent the distortion will be.

Please refer to explanation about harmonic distortion and intermodulation distortion.

The doted line in the graphic below indicates the principle of the human ear aural harmonic envelope. Overtones (K2, K3, …), staying with their levels below the human hearing aural harmonic envelope, will not negatively influence the sound perception. The human ear allows for higher levels of lower order harmonic overtones than it does for higher order harmonic overtones.

The cochlea is the part of the inner ear devoted to hearing. It is a 35 mm long spiral fluid filled tunnel of reducing aperture embedded in bone with 12,000 outer hair cells spread every 10 microns in sets of 4, each tuned to a different frequency. 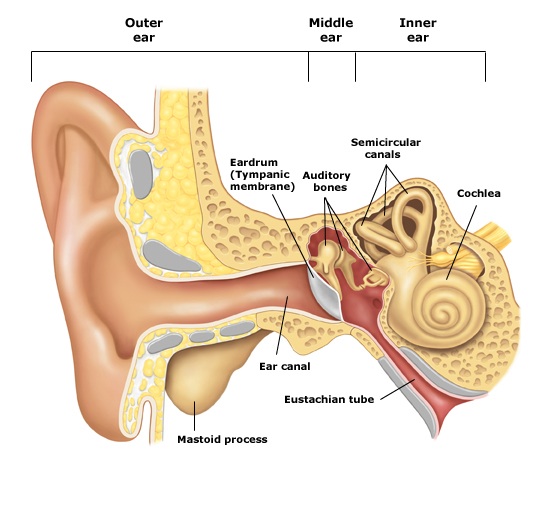 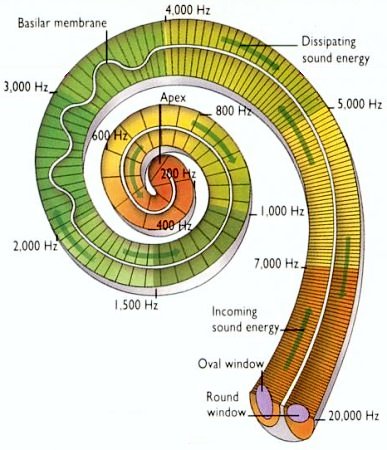 Studies via instrumenting sets of outer hair cell neurons have verified the creation of harmonics within the cochlea. Those studies documented already in 1924 that the human ear produces such harmonics by itself. Inspecting this data, the second harmonic of a 1kHz fundamental tone is 50dB above the threshold of hearing. The ear creates significant levels of the second harmonic. To an amount of nearly 10% of the fundamental for sound pressure levels (SPL’s) of 90dBA and above. Even for the moderate SPL of 80dBA, the 2nd harmonic is at the equivalent of 65dBA or normal voice level, and the 3rd at 45dB. This is still ~40dB above the average human threshold of hearing, yet one does not hear the harmonics as a separate tone. Only a single pure tone is heard.

The ear/brain appears to be able to completely suppress the sound of a range of harmonics if they conform to this specific pattern. This pattern is the aural harmonic envelope. It follows that this same mechanism will mask harmonics arising in the sound reproduction chain if they follow this pattern.

If the harmonics do not follow this pattern, the ear brain indeed detects these as new tones. Therefore, we perceive any sound system that generate this harmonically consonant envelope as transparent, for all but extreme frequencies and sound pressure levels. Those sound systems that generate harmonic overtones outside the aural harmonic envelope will be perceived as distorted, less transparent.

In 1925 Edward Kellogg, the co-inventor of the moving coil loud speaker, suggested that 5% distortion is the permissible limit for audio systems. Also he suggest sound system quality is diminished if the distortion products are not of low order.

Intermodulation Distortion (IMD) and Total Harmonic Distortion (THD) measurements widely used today do not incorporate any of such weighting of higher order harmonics compared to lower ones.

Designing audio system equipment with very low THD and IMD requires measures like overall feedback loops and others. Those measures in turn create other issues to the output sound. Systems that produce higher THD, up to 5%, but in consonance with the aural harmonic envelope produce much better, far outstanding sound experience. Well designed triode amplifiers with zero feedback, in an audio system of an accordingly high quality, including matching good speakers can deliver unexpected live alike sound feeling in terms of timbre, coloration, transparency, air between the tones, spaciousness soundstage and ability to locate instruments and vocals. Such amplifiers will produce higher levels of lower order harmonic distortion but low levels of higher order harmonic distortion, consonant with the aural harmonic envelope, the human hearing.

Such systems create a sound stage experience, that is less spacious and provides less ability to locate individual instruments or vocals positions. The sound reproduction of such systems provides an impression of sound playing from the speakers rather than an impression of a live or soundstage feeling. Their sound is less open, less wide, kind of behind a curtain.

This is an utmost important criteria when buying a system. A system that artificially adds distortion not consonant with the aural harmonic envelope, will continue to do so. The type of flaw is severe and very difficult if not impossible to fix.

Know what distortion sounds like before you buy a system. Listen for example to the difference of a violin and a cello. Compare the listening with a higher quality system to see if the sound system under test delivers acceptable quality of the sound character of such instruments. Systems that are disconsonant with the aural harmonic envelop alter the timbre, i.e. the character of instruments and vocals.

Specification details might not prevent you from being mislead. They are hardly to understand and have to be read and understood in context.

If the system adds lots of distortion at listening levels, there is not much you can do about it. Some overstrained systems add lots of distortions. This holds true for every component in the whole audio system. Make sure to not overstrain any of the components of your system with independent volume-control.

If the system adds lots of distortion at listening levels, there is not much you can do about it. It might help, to listen at lower levels. That might prevent overstraining the system.