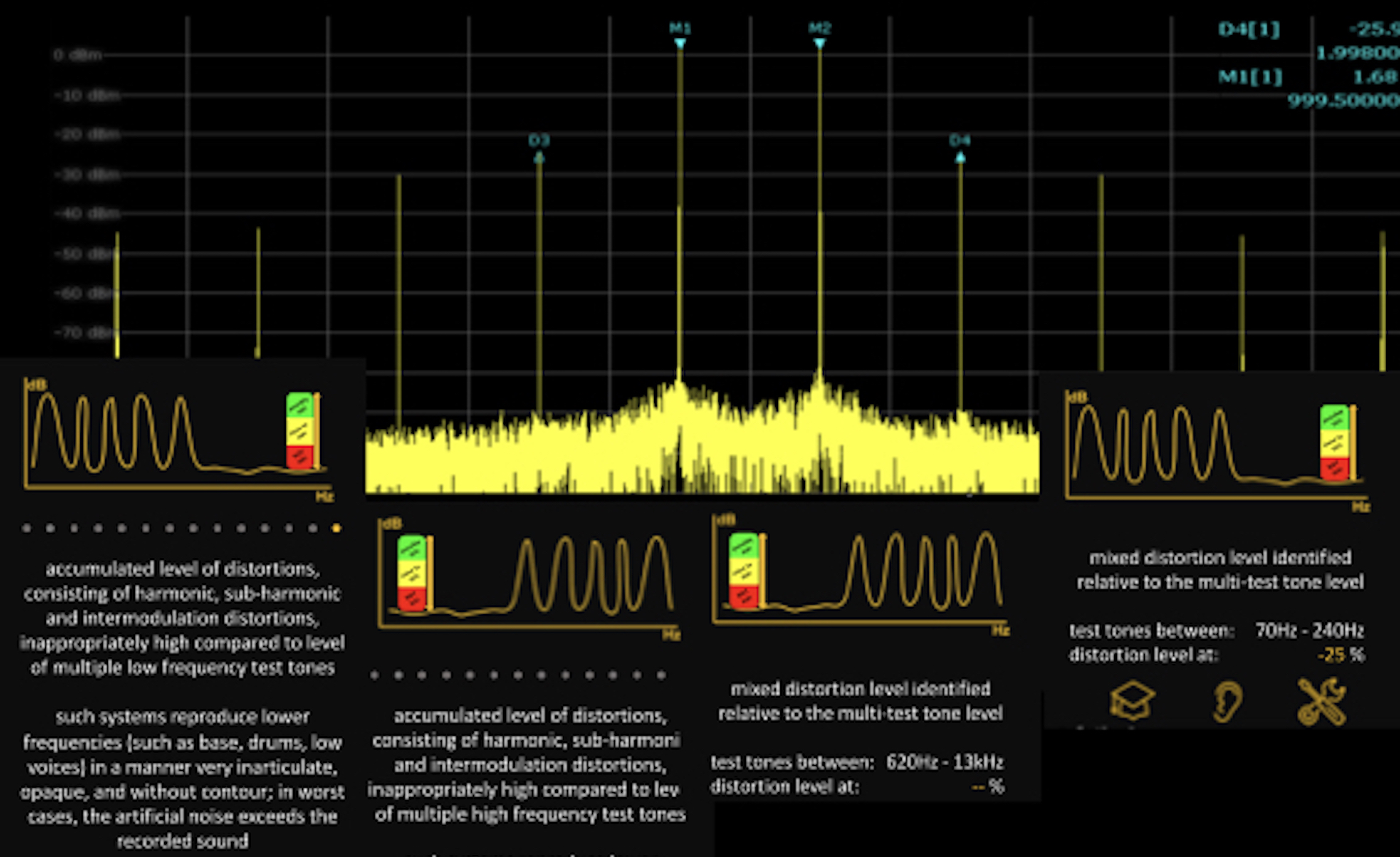 Intermodulation is caused by non-linear behavior of the audio system. Practically all audio equipment has some non-linearity, so it will exhibit some amount of IMD, which however may be low enough to be imperceptible by humans. Humans perceive the same percentage of IMD as more bothersome compared to the same amount of harmonic distortion. 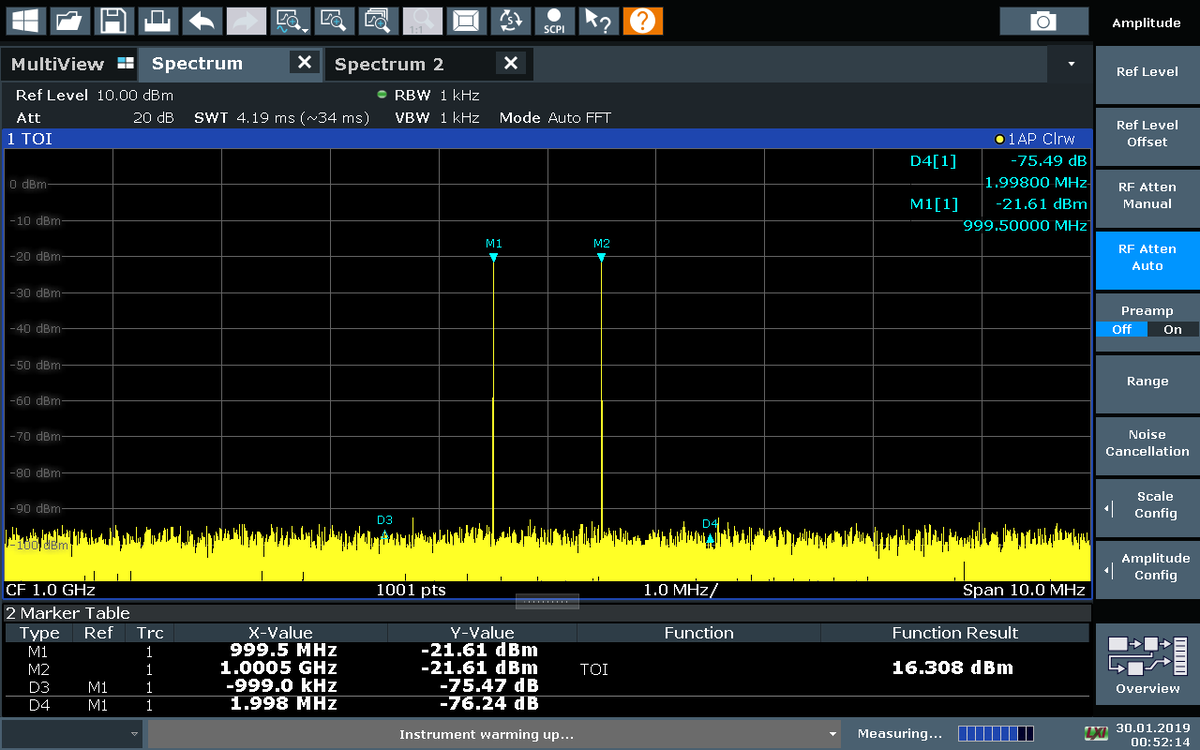 By Ice Ardor – I measured the intermodulation characteristics of an amplifier myself on a spectrum analyzer, CC BY-SA 4.0, Link

IMD is only distinct from harmonic distortion in that the stimulus signal is different. The same nonlinear system will produce both total harmonic distortion (with a solitary sine wave input) and IMD (with more complex tones). In music, for instance, IMD is intentionally applied to electric guitars using overdriven amplifiers or effects pedals to produce new tones at subharmonics of the tones being played on the instrument.

Many instruments, if played louder, increase the level of lower harmonics (2nd, 3rd, 4th, 5th) more than the fundamental. So does the air itself, and our hearing. Therefore we are less sensitive to those lower order harmonics than high order ones (6th and higher), at rising levels.

Problem is: audio devices also produce very high order harmonics if stressed, and dis-harmonic frequencies (frequencies which are not harmonics of the fundamental tone). These may sound annoying to our ears, and are to some part measured as „intermodulation distortion“ (IMD). The more instruments are recorded, the more complex their frequency spectrum produced. This kind of intermodulation interferes with the IMD of technical devices.

Some audio systems add lots of IMD, up to an annoying level.

It sounds like a curtain of noise is modulated by the sound level. A curtain between the listener and the musician that can be more or less transparent, depending on the amount of IMD. Thereby masking the beauty of individual instrument’s sounds. Such curtain allows for listening to the music and one would realize mostly when the curtain is taken away, how clear the sound can be.

Another description might be the air between the tones. Instruments and vocals might sound closer, kind of compressed, less space or room between them. As such, IMD have a significant influence on the beauty of sound. It compares a bid to watching a football match on a full HD display versus to watching on a 4k display.