Digitalization - how far can it go? 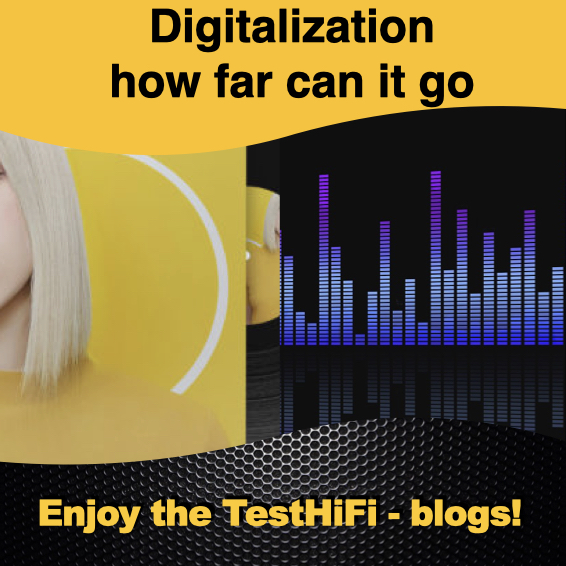 Digitalization – how far can it go?

Just recently I came across a new album, composed and played by AI. Also I found quite an interesting theses on the digitalization influence to the music business. This blog cites abstracts of those.

Numerous changes in environmental conditions in recent years have affected the music business and broken old structures. Sustainable changes have resulted primarily from digitalization. From production to distribution, the influence of digitalization in the music industry is clearly noticeable.

Many studies and publications deal with the effects of digitalization from the perspective of the main players in the music business and how the general structures on the music market are changing.

All too often, we forget about the most important players (at least in a non-economic sense), namely the musicians themselves. Just as they affect the entire music industry, digital technologies also affect all areas in which musicians are active.

For the group of self-employed musicians in particular, digitalization brings a lot of new opportunities and possibilities. But it brings also challenges and dangers. From the possibility of home production to direct sales via the Internet, the effects are currently visible. A systematic analysis of the effects of digitalization across the entire value creation process from the perspective of independent musicians in the field of popular music seems not yet to exist.

The work of artists changes

Primarily depending on the technical, legal and economic framework conditions, in the course of the historical development of popular music, we determine the importance of composers, interpreters, music producers and recording companies.

“hits” and “superstars” dominated the past few years, while the vast majority of musicians seemed to be in the back.

At the moment, the technological developments mean that the music makers themselves seem to be noticed more strongly again.

In addition to their creative work, the musicians take on a lot of other areas of responsibility. The possible range of the self-employed music profession extends from general organization to marketing:

Digitalization not only regarding storing medium

There are now a number of legal online music services. We make a basic distinction between music-on-demand offers and subscription systems and mixed forms.

The Internet has gradually created a new “immaterial” carrier medium for music.

The advent of digitalization

With the advent of digitalization, many processes and relationships that form the basis of the value chain have changed. The new convergence technologies make it possible to disintegrate all links in the music industry’s traditional value chain. Which means that new market participants attack established ones.

One can hardly speak of a uniform, company-internal value chain, but rather a value network. Particularly in the case of media products and their increasing convergence.

In very general terms, a producer is someone who is responsible for creating a master tape. While lables employed the majority of producers until the end of the 1960s, today most producers work as self-employed.

An essential distinction in the area of production is who is the economic and who is the artistic producer.

The role of music producers has changed significantly over time:

At the beginning of the first recording process up to the 1950s, music producers mainly worked as employees of sound recording companies. Above all, they take care of providing the financial means, technical matters, coordinating appointments and looking after the artists.

When the record moved into the center of the music industry in the mid-1950s and recording technology improved significantly, a “new” one that is still valid today begins.

To crystallize the image of the producers. The producer now also has an artistic role. Through expanded options for subsequent changes to recordings (for example by means of “overdubbing” and “mixing” on the master tape) and by working out sophisticated arrangements.

At the same time, the producers detached themselves from the labels. The producers began to work primarily on an independent basis, i.e. as “independent producers”.

Today’s producer not only combines financial resources, technical possibilities and musical content. They also are part of the musical creation process and ultimately bears responsibility for the artistic quality.

With the advent of the digitalization and virtualization described in the previous section, the image of the producer seems to be subject to change again.

The digital recording options and the cheaper cost of professional music software make it possible to produce high-quality recordings with little capital investment.

Above all, independence from a sound carrier can be seen as a radical process innovation, as it turns (online) music into a service. Whereas in the past a recording studio and the work of a producer were unavoidable. The low-cost digital recording options now enable productions to be made from home. The previously separate tasks of composer, instrumentalist and sound engineer can be combined. Many musicians took advantage of this opportunity to act as producers themselves.

A new type, that of the “home producer”, is emerging.

The musicians experience an independence, which is expressed above all in artistic freedom. While, as mentioned at the beginning, many contracts with sound recording companies also give them an artistic decision / say in relation to the production or the choice of the producer. Home producers can carry out productions without the influence of potential contractual partners.

In addition, artists avoid the risk that producers do not fulfill the obligations of the recording, as it would have been in the sense of the “spirit” of the respective contract.

The result of digitalization is that production is becoming more individual. One person can now do a lot more alone and does not necessarily need a whole band, and that communication via the Internet is becoming more extensive and international.

Information and data (for example with other band members) can be exchanged quickly by means of e-mail or via so-called “Sharepoints”.

However, it remains questionable whether an outstanding person in the form of a producer cannot or should not provide important inputs or impulses from an artistic point of view for a recording.

Even the technical and economic know-how of “professional producers” can presumably not be easily acquired and applied by many artists. For example, in the areas of mixing and mastering, a lot of experience and “ear” are required. In addition, more expensive quality will most likely remain audible in these areas.

How the image of the producer will develop and how the collaboration between producers and musicians or labels and producers will work in the future cannot currently be said with any certainty.

Digitalization – how far can it go?

In the afore mentioned album, Michael Katzlberger seemed to only use AI to compose and play a complete Jazz album.

For those of you who also stream music, it seems to be available on most bigger platforms.

Not enough, predominantly all recordings are being digitalized even before pressed into vinyl, musicians and composers are too now.

I am wandering how long it is going to take until we don’t need speakers anymore but use a wireless interface directly into our brain. How far can it go?