Air between the tones 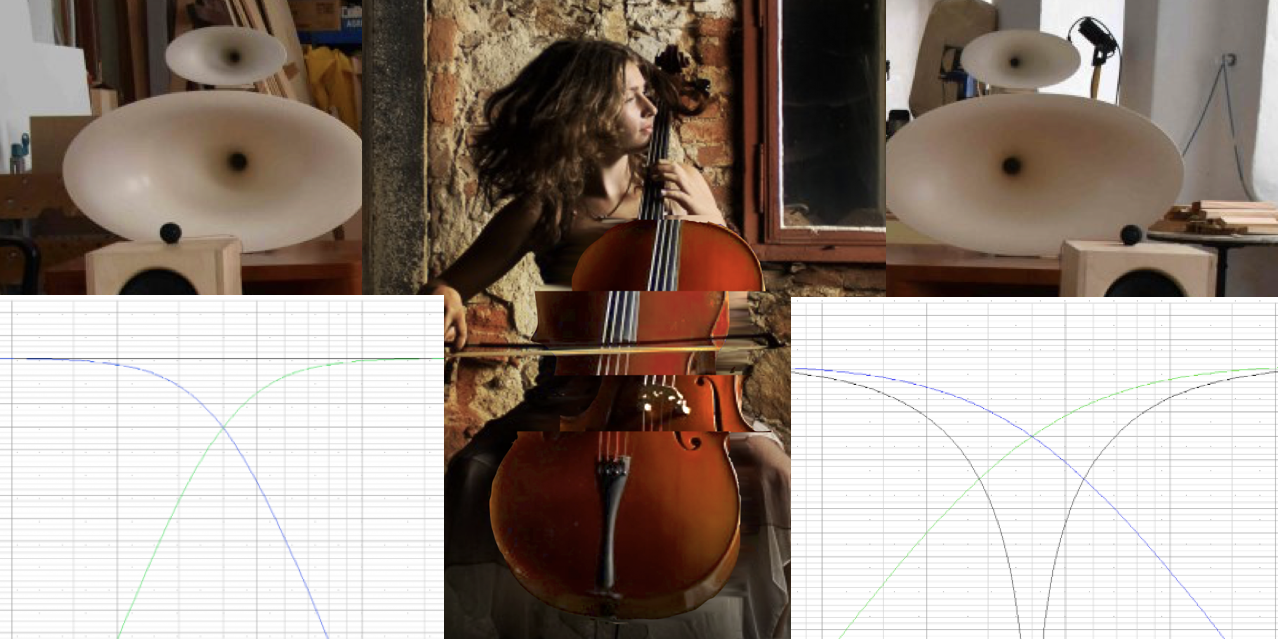 Air between the tones

This time I write about air between the tones and some of my recent listening experiences and about some thoughts about better measurements of sound quality.

One of my hypotheses is, there are currently now measurements available that let us direct predict which of two audio systems (both at the same place) sounds better.

However, even with weeks in-between two listening sessions, it is possible by listening to recognize differences between the sound of such systems. That means, those differences are repeatable, are subjectively huge and somehow describable. Although I am usually using the wrong words to describe what I hear. It is not only you, the commentators on this blog, who write this to me, but also my dear friends, who don’t save their nice critics on this 🙂 Since you are still reading and sending me likes, it seems not to be such a big issue.

The interesting thing is, I (I do not consider myself a trained listener) can hear the difference, I can describe them to some extent, that professionals understand and we cannot proof them with measurements.

So why can’t we precisely measure them?

There is this other hypothesis. If there is something taken from one particular source and played back with two different audio systems where I can hear the difference in sound, the only physical effect to my ears, is the air movement. Obviously, the air movement triggered by the two systems is different, repeatably different. Still we cannot measure it.

Yes of course we can measure lots of things and yes of course listening is still the better judgement. I know all this, however I want to find some measurements that, if it has no causality, has at least clear correlation to what I hear.

In parallel, of course, we want to provide some new, useful and simple measurements to everybody via TestHiFi. As mentioned several times, there will be the new measurement coming during the next month, for both iPhone and Android. This will then change the game for the everybody’s simple measurement tool 🙂

I am happy to be a member of the Vienna Audio Labs. It is a bunch of nerds (including myself), totally professional, most of them earn their living with their audio knowledge. Their knowledge is distributed throughout the whole audio chain. From musicians, mic specialists, recording, mixing, mastering, electronics, speakers, vinyl collectors, and so on and in-between.

The good thing is, at all of our meetings we listen to some system setup and can judge and debate about everything around the sound the components, the measurements and more.

About all the technical blogs here are written by David, as you know. David provides his workshop for our VAL sessions and mostly also provides the setup that we listen to. When I meat David the first time, I asked him to help me with a mobile audio system for my home. I wanted to have a single cabinet stereo system that has only one connection, power, and can be moved within my flat from one place to another for high end listening experience.

Since David is a professional he did not say, that is not possible, however he started with showing me some two-way horn speakers which, I must admit, delivered some very good sound, also when listening not at the sweet spot position. This was actually the first time that I recognized that wide sound stage. That sound that subjectively does not come from the speakers but creates that stage where the speakers are only perceived as the artists on that stage. The soundstage is in front, behind right and left, above and below, all around. Kind of disconnected from the speakers.

Later on, we worked together on a tube amplifier. That amplifier delivered so much more space in the sound, far less sharpness in the highs and quite some defined and deep bass. The sound was so much more comfortable even when played very loud. The most impressive change was the space between the tones. The soundstage just opened up. Since the stage was so much wider, the space between the instruments got bigger. This experience is what I try to refer to when saying, the air between the tones.

In the meantime, we continued working on TestHiFi. The one thing working on TestHiFi sometimes does to David, is to see the whole audio system, including the room, as a black box and to measure what the listener receives. Not focusing on distortion created by the amps or the nuances in the frequency response created by the speakers and so on. Black Box. And then we try to measure and to do some interpretation and to try to find ways to see the differences we hear in the measurement results. At those times, first and foremost it is quite impressive to see the deviations from an ideal frequency response. When focusing on optimizing the speakers, it is about adjusting a few dB in small frequency ranges while when seeing those results at listening position, it is easily about 6 or 10 dB deviation.

The two-way horn system was significantly improved. Focusing impulse time coherence, David wrote about it, the spaciousness in sound was, I’d say maximized. That soundstage was absolutely impressive. Lots of air between the tones. Sure, when we listened to the system at one of the VAL events, the whole system was high end and optimized, not just the speakers. I was thrilled by that sound stage. I actually walked away from the sweet spot and still had this wow effect. I strongly believe (as I cannot proof it with measurements) time coherence is utmost important for a good wide sound stage.

Time goes on and developments also. The two-way horn system is a three-way system now. Since the high frequencies probably have not been as good as the rest of the system. I say probably, as I found it worse than the one before (as far as a freshly setup first version goes). However, even though the system delivered an amazing sound, it harmed the impressive wide sound stage. It almost disapered. I actually disappointedme a bid. I mean none of that equipment is mine, still the two-way system so much touched me, that the less sound stage disapointed me. The reason for less air between the tones was most probably the time coherence across the three-way system. Although this is not proofed.

This different system was so much bigger. The bass horn is almost of a size of a bath tub. On top is a very impressive big horn that takes over from about 400Hz. This speaker was not yet impulse time optimized. A system from the past, used as a basis for further development. The audio system, except the speakers, was about the same that was in use with the impressive two-way horn system described above. There it was again, that wow, impressive sound stage. However, for all but the lower frequencies. It sounded a bit like de-coupled. A bid like a subwoofer system. Sure, not bad.

It is an upper high-end system. However, clearly to hear. There was that funny situation on that evening. At those VAL sessions we place several seats in front of the system to kind of comfortably listen. Sometimes we are more people or I just want to stand beside. However, when I spoke about my view about the sound, “someone” said, sit at the sweet spot 🙂

Now this again speaks for time coherence and or phase coherence, since the upper horn had it, but combined with the lower horn it was not there.

Time and phase coherence are probably one of the unsolved problems in multi way speakers but also a difficult topic across amplifiers and else. But it has a significant impact on the sound stage.