Signal path through a tunnel or what actually limits good sound? 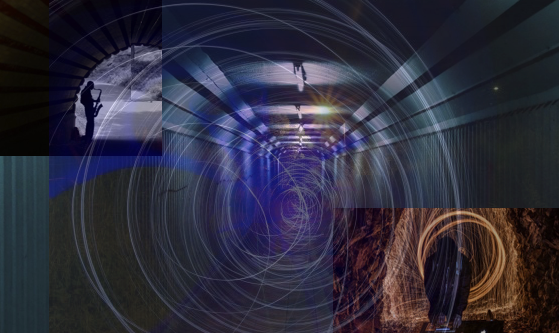 Signal path through a tunnel or what actually limits good sound?

Since decades professionals and audiophiles measure sound parameters and yet it is not possible to fully predict the sound quality of a newly built audio system just with measurement results. Especially professionals can not abstain from measurements when designing and building products. But the final judgment still comes from professionals with very well trained hearing. Why is this? There is no such thing like, “can’t be done”.

That means we either measure things wrong or we measure the wrong things.

The currently existing measurements are not worthless, we know them, we use them. Sometimes there are new ideas which we highly appreciate. Like just recently the paper from Nordost which we mentioned in the “Time & Phase coherence” blog. Sometimes there are new combinations of research results or adoptions from different situations. David Grisinger, as mentioned in the “ghost-fundamental and engaging sound” blog, came up with some very valuable research.

However, until today it seems, we have not identified the right things to measure. Not only this, it is still quite difficult to objectively describe the quality of sound. At TestHiFi we are looking for new options to explain and visualize the quality of sound. There are many fields in this space. Currently TestHiFi focus on testing audio systems for its ability to playback HiFi quality. Our research looks also ahead to be able to objectively describe higher levels of sound quality.

Let’s assume we sit in a closed room. A small simple room, not many windows or doors, quite constricted. In there, with its back close to one wall, there is a couch where we sit on. In front of us, at the opposite wall is a drum set, a saxophone and a singer. No extraordinary high sealing, everything just about a bit tight.

The trio is performing some jazz music and they are quite engaged. No matter the constricted environment, we can identify every move of the singer and the saxophone. We here all the space between the individual sounds. Even if we close our eyes and while moving around, turning sideways and even with turning our back towards the musicians. Still we identify all positions and moves of the musicians and all that space between the tones. Professionals and especially audiophiles might think about the room and the reflections. Sure, absolutely important, however, it does not disable for the afore described identifications of space and positions.

Our hearing system, meaning our ears, brain and everything in between, recognizes sound of live music being played in a tunnel or on a wide open field. We can distinguish music, that is replayed by a simple audio system, from live music. We even can distinguish those, if both are played in a tunnel when we are in front of, outside the tunnel. One could assume the tunnel should limit the wideness of the sounds played by the simple audio system and the live music, basically disabling for distinguishing between them.

Simple audio systems very often do not create that spaciousness in sound as live music does. This is quite a difference in sound. Additional external space limitations applied to those sounds, like a tunnel, do not eliminate that difference. We can measure harmonic or intermodulation distortion. They might effect the sound like the carpet or curtain we talked about before. We also measure transients response for large and small signals as mentioned in “why-is-an-audio-system-not-just-correct” blog, as well as crest factor and slew rate and all about time and phase coherence.

Sitting in front of the tunnel listening to the lower level audio system and to the live music, both performed within the tunnel, we can hear the difference in spaciousness, but we can hardly or not at all measure it.

Music in a tight room replayed from a high end system, makes us perceive the music as being constricted in the tight room

Another interesting observation is about music played back by a high end audio system. While high end does not indicate the upper end of the price scale but the upper end in sound quality. Huge amounts of money spent on a system do not at all guarantee high end quality sound. The wide perceived sound of such a high end system, with all that space between the tones, it’s clarity and all those super clear identifiable, locatable tones with that huge dynamic range. This kind of sound might not just be loud in a smaller room, but it might feel constricted by the room.

Now the music still sounds wide but the wideness of that music feels now be constricted by the room. It feels like the sound is all around you as if the live music would be in the room. When you turn up the volume, it’s not all of the music is perceived louder, it is like you feel to be too close to the saxophone, for instance. It is like with the live music. They are too much for a too small room. But it is not the whole trio and not the whole music, it is the artist you are closest too that might distract you the most, by its loudness. You would not experience such an effect with many lower level audio systems. Most audio systems are not capable of delivering such spaciousness in music that would allow for an experience like this. Most audio systems deliver kind of a packed music. When listening to it, in small room, you recognize the music coming from the speaker. There is no illusion of the stage.

Here is the thing. We can hear the difference between replayed sound of audio systems or the difference of replayed sound versus live sound. However we try to describe those differences and the aforementioned is just another try. Those differences that we can hear must manifest in differences of air movements. The only thing between the artist, respectively the speaker, and our ears is the air. Our ears, our brain and the things in between are quite good measurement systems, including an analog to digital converter. Our brain processes the audio information digital.

Since our system only receives the air movements as an input, we should be able to measure and visualize the differences in sound that we are capable of hearing.

That leaves it completely open with regards to the signal path, mentioned in the title

Although we are not yet there with the measurement capabilities, we can hear the differences and try as much as possible to build products throughout the whole signal path, that sound best.

While designing various components in the whole signal chain, it seems a bid simplified, and not fully proven, but limitations to the free transfer of the current and voltage seem to limit the spaciousness of the sound.

Without doubt, recording, mixing, mastering and storing are steps that take an indisputable and big influence on the replayed sound. But right behind the DAC, at the output legs of the DAC chip, begins a part of the signal chain, an analog part of the chain which is highly sensitive for such influence by limitations to the transfer of the current and voltage. Impedance or magnetic resonances are influences which might influence those transfer limitations. But not only behind the DAC, also the reading of the stored information. For digital information, the transportation of the digital information is similar sensitive to limitations. The player software that is used, the digital conversions for the protocols and the timing, the clock, through the network influence those transfer limitations.

Hence we know lots of opportunities to optimize the products within the signal path, but we still are not capable to measure and visualize the quality of the final output sound. As long as we can not objectively judge the sound quality, all of us are influenced by lots of, and often misleading subjective talkings, of self called specialists.

Help us to find better measurements, to better judge the quality of the final output sound 🙂